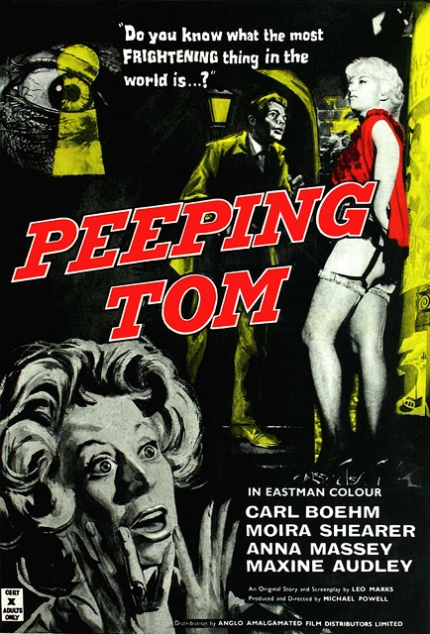 Today’s cinema adventure: Peeping Tom, the controversial 1960 thriller directed by Michael Powell, who was one of Great Britain’s most revered and respected filmmakers- that is, until the savage critical lambasting received by this feature effectively put an end to his career.   Photographed in garish color reminiscent of the lurid under-the-table pornography of its time, this tale of a disturbed young recluse who films women as he murders them was such a flop upon release that it was barely shown outside of England.  Over the succeeding years, however, it became a cult classic, growing in critical estimation and championed by such heavy hitters as Martin Scorsese (for one), and it is now generally acknowledged as a ground-breaking, underappreciated masterpiece of the genre.  On an intellectual level, I can see why: director Powell thoroughly explores the theme of voyeurism as it applies to cinema, forcing the audience from the very first frames to identify with the killer, and using the film’s story as a vehicle to manipulate our sympathies, uncover our own guilty voyeuristic tendencies, and confront us with our darkest fears just as his protagonist does with his victims.  There isn’t an extraneous or gratuitous moment in the film; every scene, every frame, every shot is calculated and geared toward the purpose- a testament to Powell’s mastery of his cinematic medium.  Despite the high score on an academic level, however, the film falls short for me on the more visceral level of emotional response; part of this may be due to the fact that, after 50 years, the film’s shock value (and body count) has been far surpassed by countless other horror movies and, by today’s standard, seems fairly tame (albeit still quite unsettling on a psychological level).  But I think the primary problem lies with the casting of Carl Boehm in the central role of the homicidal cameraman: not only does his German accent seem out of place for this decidedly English character, but his performance is stilted and unconvincing, making it difficult for us to sympathize with him- a necessary element to the transference of guilt to the audience which Powell works so hard to achieve.  The rest of the cast is excellent (particularly the young Anna Massey and the film’s biggest star, Moira Shearer, whose small but pivotal role is the centerpiece of the film’s most masterful and harrowing sequence), but with Boehm’s wooden presence in the middle of the proceedings, the film’s overall effect is muted: it stimulates the brain, and disturbs the psyche, but the heart remains aloof.  Still, it has much to recommend it, and it’s definitely worth the effort to check out a movie which, flawed or not, remains as an important footnote in cinematic history. 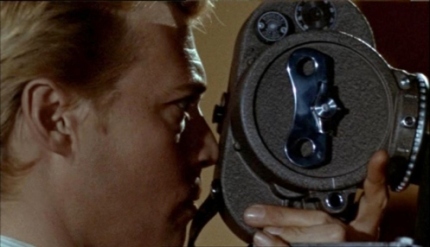 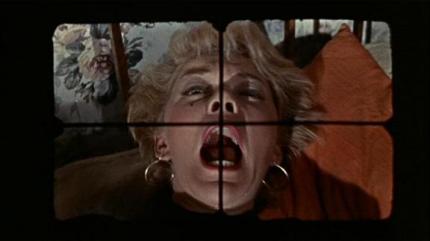 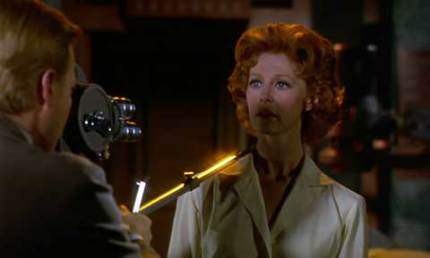 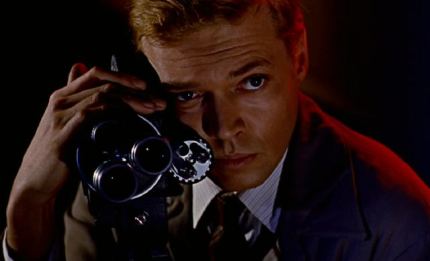 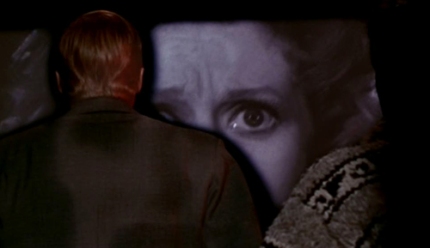 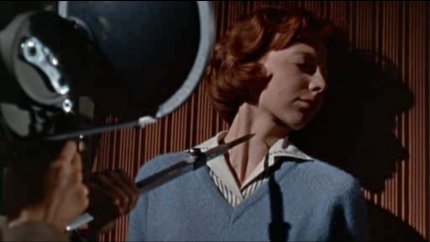