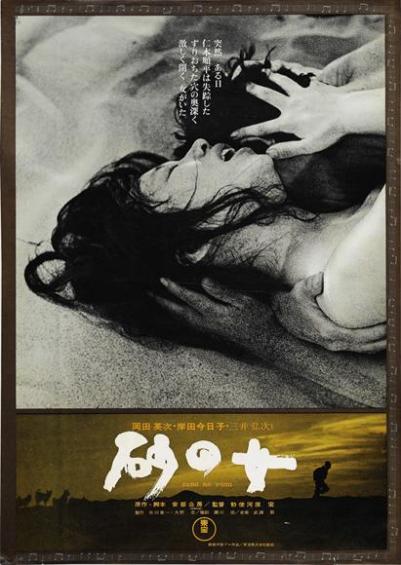 Today’s cinema adventure: Woman in the Dunes the strikingly photographed 1964 avant garde feature by Japanese filmmaker Hiroshi Teshigahara,  Adapted by Kōbō Abe from his own novel, it’s a deceptively simple parable about an entomologist on a field expedition to collect specimens at a remote beach; when he misses his return bus, he seeks shelter for the night with a young widow in a local village- only to find himself trapped into remaining as her companion in a life of endless labor, shoveling sand from the quarry in which they live, both for their sustenance and to prevent their house from being buried.  Within the framework of this premise are explored a multitude of giant, deeply reverberating themes, ranging from the contrast between the masculine and the feminine to man’s role in society to the very nature and meaning of existence itself- all of which plays out against the backdrop of the monumental, ever-shifting sand dunes, emphasizing the inexorable dominance of nature and the universe and transforming the primal landscape into a central character of the drama.  The performances of the two principals (Eiji Okada and Kyoko Kishida) are superb, helping to create the delicate balance between realism and symbolic fantasy that propels the film- but the true star here is the magnificent black-and-white cinematography of Hiroshi Segawa, which not only captures the fluid, omnipresent sand in remarkable, crystalline detail, but conveys a sense of tangibility to every texture in the film, from the salty grit which covers every surface to the smoothness of the players’ skin, making the viewer’s experience highly visceral- and erotic.  One of those world cinema classics that is a staple in film classrooms around the world, the artistry of Woman in the Dunes is indisputable- some audiences, however, may find that its blend of existential absurdism and Zen austerity creates a cool detachment that prevents emotional involvement in the action.  Nevertheless, as an intellectual and philosophical exercise- and as piece of stunning visual artistry- it’s a film which packs more than enough power to make its 2 ½ hour running time seemingly fly by.  A must-see for any serious film buff- but you may feel like you need a long shower to rinse off all that sand. 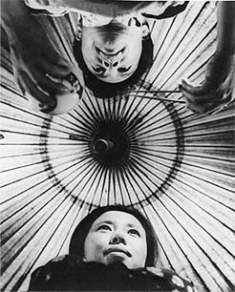 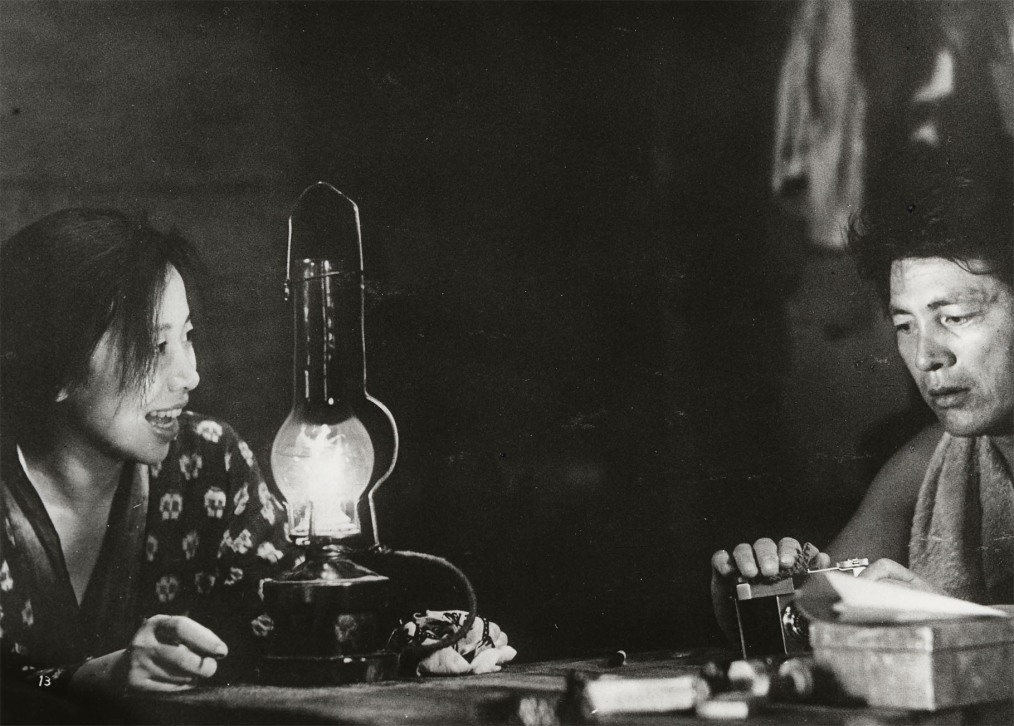 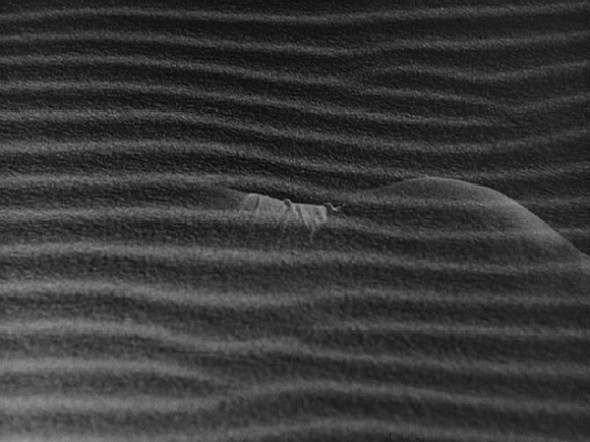 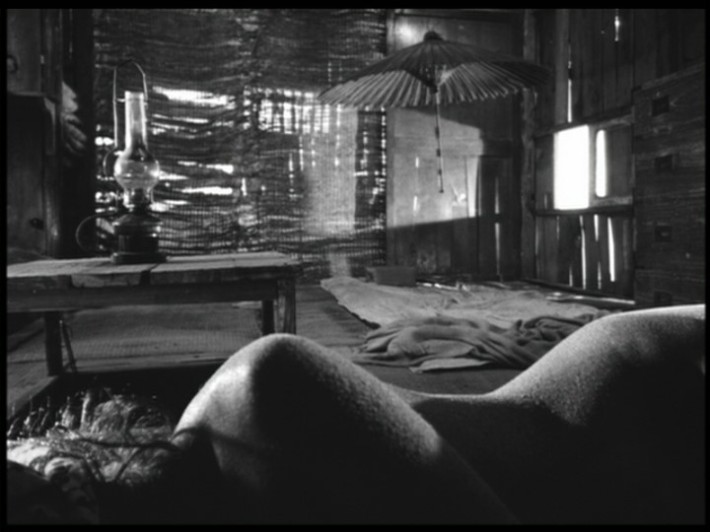 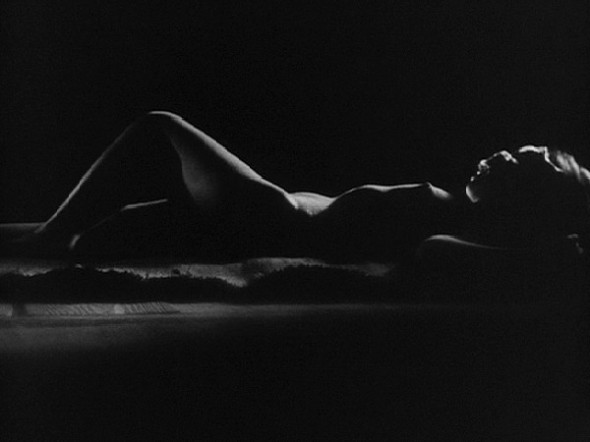 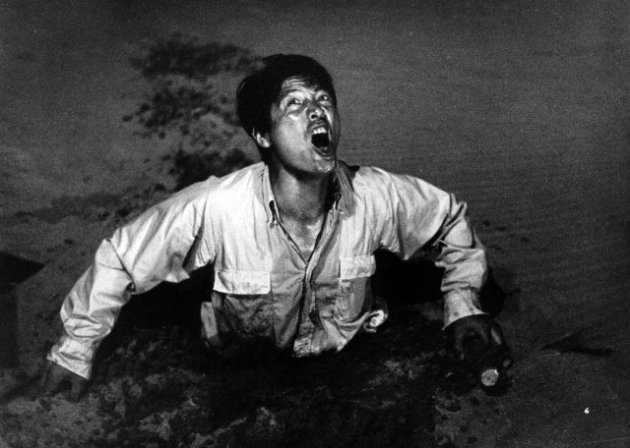 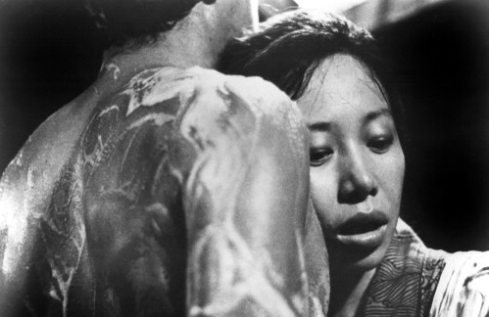